My morning routine usually consists of checking my phone to see what’s happening on Facebook. I was quickly reminded that today, October 1, is the one year anniversary of the Las Vegas mass shooting.  On that horrific day, I was in town celebrating my 13th year wedding anniversary. After flying in and getting settled into our resort, my husband and I were driving on the strip to go to the MGM Grand to see the Jabbawockeez. Little did we know there was a major country music festival happening, and it was the reason why we were sitting in so much traffic. 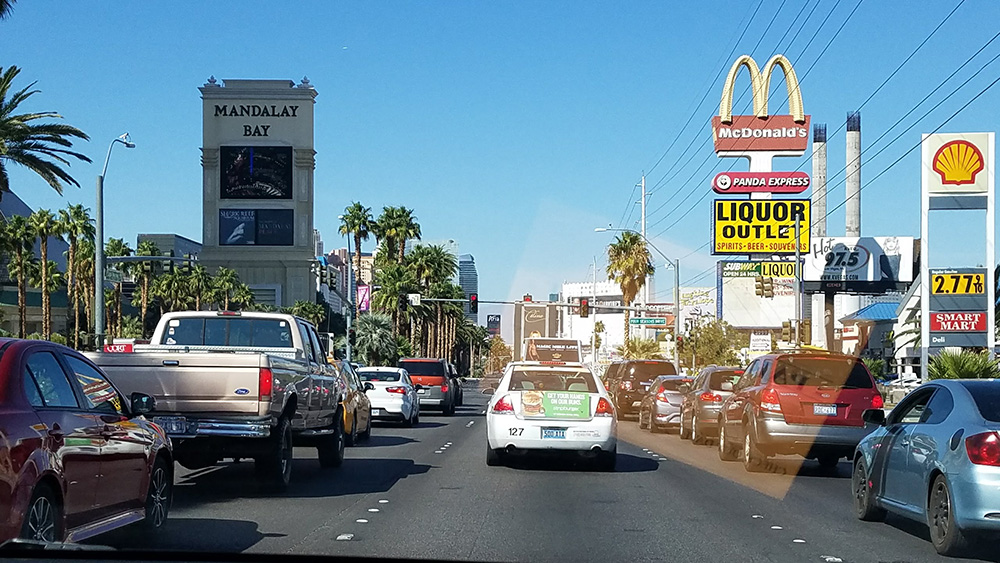 While waiting, I took a photo of the Mandalay Bay hotel. As we neared the intersection, we watched the concert attendees cross the street to get into the venue. Sadly, many of these people would be dead or severely hurt physically and mentally hours later!

My husband and I checked out the New York-New York Hotel to see what had changed since the last time we visited, approximately eight years ago. Not too much, except for the prices of the candy apples! Geez, almost $10…EACH!! 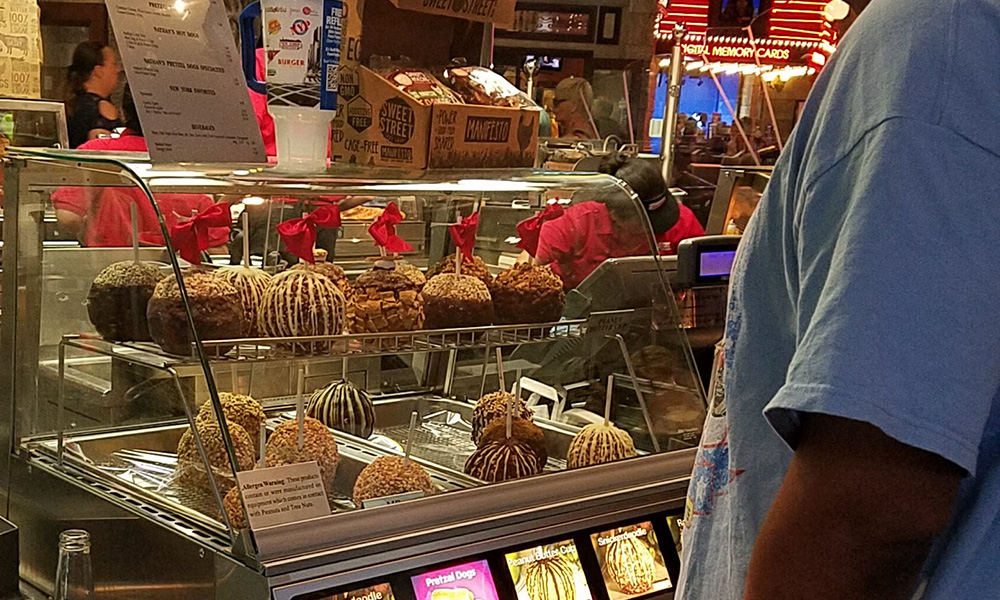 After visiting the Hershey’s store and finding out who the killer was at the CSI: Experience exhibit, we finally went to see the Jabbawockeez! 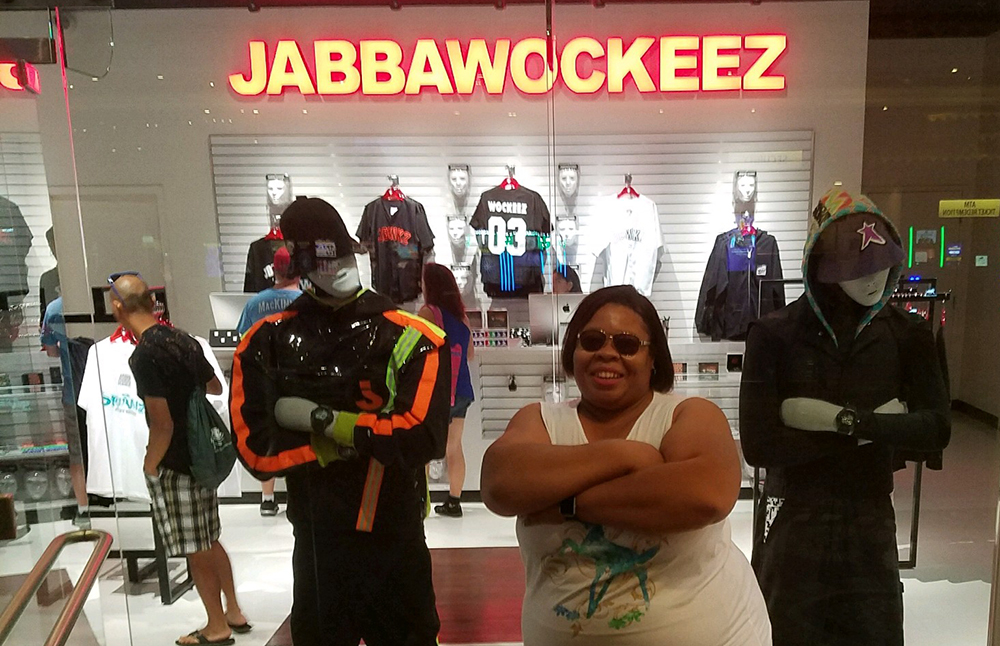 On our way back to the resort, I took a photo of the Mandalay Bay. I had no clue at that very moment the shooter would be going over his final set up before killing many people from above us as we drove by 10 minutes earlier. 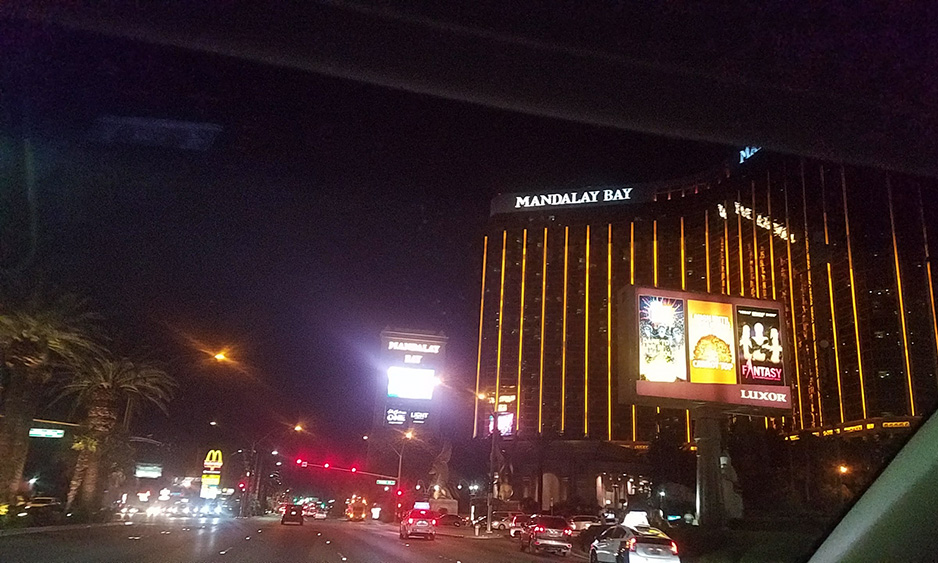 When we got back, I was exhausted from the long flight and walking through the huge hotels, I decided to take a quick cat nap! After waking up about 30 minutes later, I opened Facebook and was surprised to see all the Crisis Response messages for the Las Vegas area asking if we were okay. Completely stunned, I turned on the local news to see what happened. After a roller coaster of emotions, it was impossible to fall back asleep.

The next morning, the foot traffic was much less, but was it because it’s Monday, or was it because of the tragedy that happened hours earlier?!  While walking around town and watching the news I got a chance to see first hand the meaning of Vegas Strong. It was more than just a quick hashtag. There were volunteers and memorials set up in honor of victims and survivors.

It’s one year later and the memories are renewed. There’s so many communities, including Chicago that live with mass shootings every day. There’s tons of excuses with no solutions. When will it stop?

Girls Trip at The Grand at Moon Palace

Christmas Time at Museum of Science and Industry