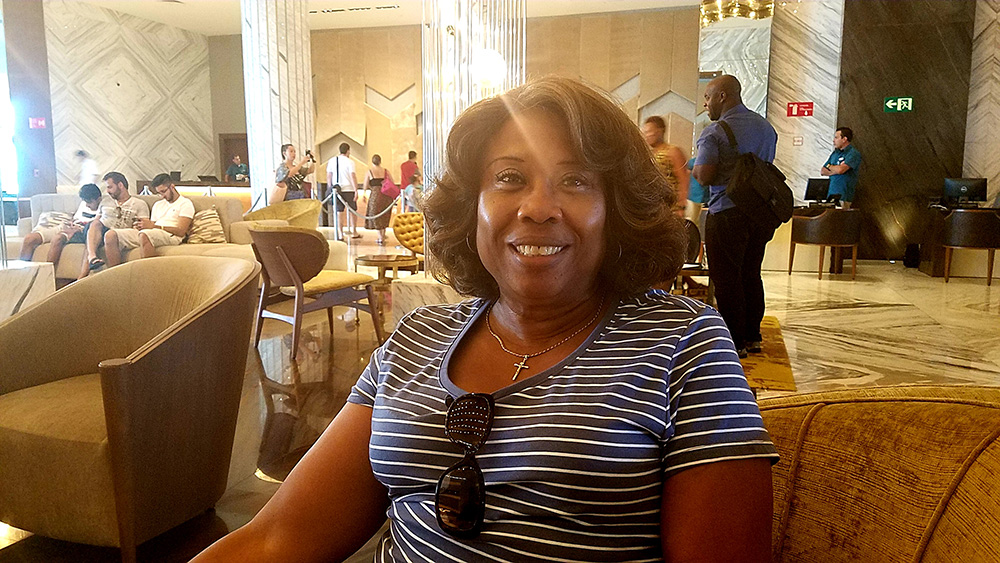 Meet my mother Carolyn. She’s a married woman with 2 adult children, 3 grand-children, and 1 great-grand child on the way. Yes she looks amazing for her age! My mom is semi-retired, works hard at being a woman of God (she’s an evangelist), and is in need of a vacation. Fortunately, she has me to tag along for a girls trip!

Several months ago, my mom and I were chatting about our timeshares at Palace Resorts. She had two free trips available that were given to her in 2006; one of the trips to Cancún was expiring in mid-August. Because my dad had several health conditions, she wasn’t sure if he would go. I quickly chimed in that I would come, as long as I was given a heads up. I checked in a few times and it appeared dad was still going until the last weekend of July when mom says, “Well your dad’s not going. Can you come?”

Within seconds I immediately became stressed out because I had several big projects happening at work during the same week she wanted to go, August 12. This was the last week we could go before the trip expired. It was also two days before the Jay-Z and Beyonce concert in Chicago. I also knew I didn’t want mom to cancel and let a free all-inclusive resort stay (worth $6000) go to waste.

Ugh mom, you had this free trip since 2006, talk about major procrastination! We literally could have gone anytime between February and April. You know how I like to plan things out. I don’t do things at the very last minute. Now I have to deal with the ferocious heat in Cancún in August! Let’s not even talk about it’s the beginning of hurricane season! 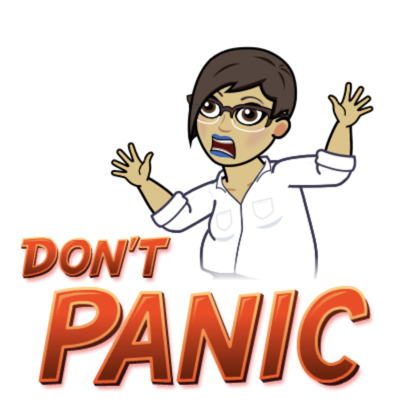 After my mini-panic attack, I had mom check the expiration on her passport; because if it was expiring, it was a done deal, we weren’t going. After getting the date, we were in the clear to purchase plane tickets. And surprisingly, there were a lot of seats available – including first class, but those were expensive as hell! If you’ve read my previous blog about airport seats, you know how I hate sitting in coach. Economy plus here we come!

As the days were nearing, I was getting anxious about projects at work that were about to be super late, but I was so excited at the thought of seeing Jay-Z and Beyonce again, together on stage for the OTRII concert; and all in the back of my mind, I was dreading the heat of Cancún! Hey I’m from Chicago, we have cool summers and a few hot days!

Day 1 of the girls trip had finally arrived, and my nerves were actually calm; it was going to be a week of no work and all you can eat food at The Grand at Moon Palace! No husband, no kids, just me and my mom, and our first girls trip!  When we arrived in Mexico, we immediately were halted by the massive customs line! After being in customs for 1 1/2 hours, we were finally on our way to the resort.

Oh, the August heat of Cancún was horrific for someone who is not accustomed to 90% humidity and 99 degree weather – which was the temperature the entire time of our 7-day stay! Mom and I already agreed we were going to have a great time enjoying this massive hotel to the fullest! All you can eat and drink at nine on-site restaurants, 24 hour room service, all you can eat snacks and drinks in the room, massages, pedicures, and even aromatherapy and pillow service! 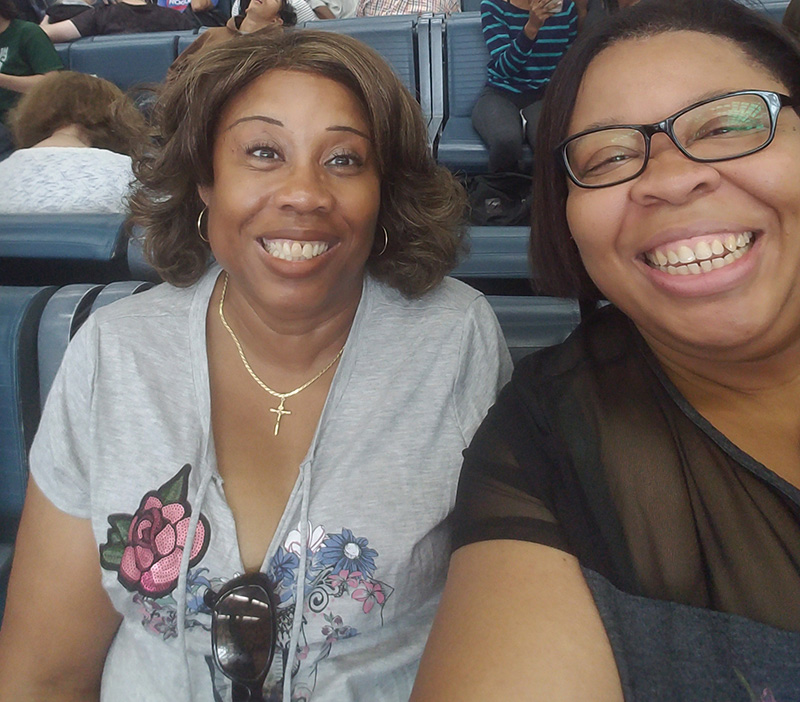 We survived the entire week doing exactly what these two Chicago girls enjoy – talking, eating, and people-watching at the pool.  I had a blast with my mom! We talked about everything under the sun; being a parent, men and relationships, being a woman, and of course the Lord was brought up a few times too. Each night was a like a slumber party, getting our hair ready for the night, putting on our pajamas, eating snacks, giggling, and watching television… well the few stations with the English language.

Even though the girls trip was last minute, I’m glad that I stepped outside my comfort zone of always having a plan, and went on the trip. I’m so fortunate that I have my health and strength and was in a financial position to go on the trip at the last minute. I really enjoyed this girl-time with my mom!  We already have a close relationship, it’s been like that since I was a kid; she’s always said I was mature for my age.

Both mom and I have always talked like good girlfriends, but I always know my place and respect her as my mom. I don’t know how many more years I’ll have my mom around, I’ll cherish these moments indefinitely! 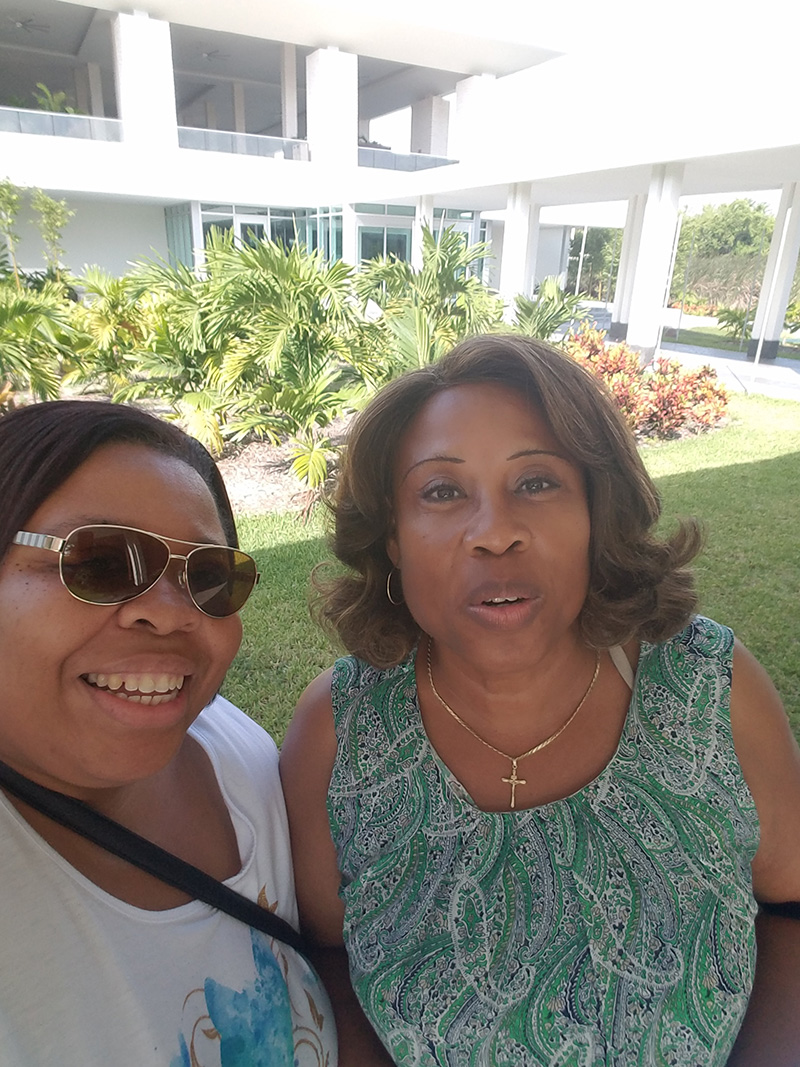 Check out food photos from the trip!

Houston Texas Baby! Where Everything is Bigger!