Concerts are expensive, I should be able to sit in a comfortable seat without feeling pain. Plus size seats are hard to find, and it’s not like they are labeled like handicapped seats. “Joy and Pain” is a famous song by Maze featuring Franklin Beverly. It became even more popular once it was sampled by Rob Base and DJ E-Z Rock. I was born in the 70s, and I enjoy both old school classics! Recently I went to two concerts at the United Center, and for the life of me, I can’t understand why this amazing venue has incredibly small seats.  When I come here, I literally feel joy and pain! 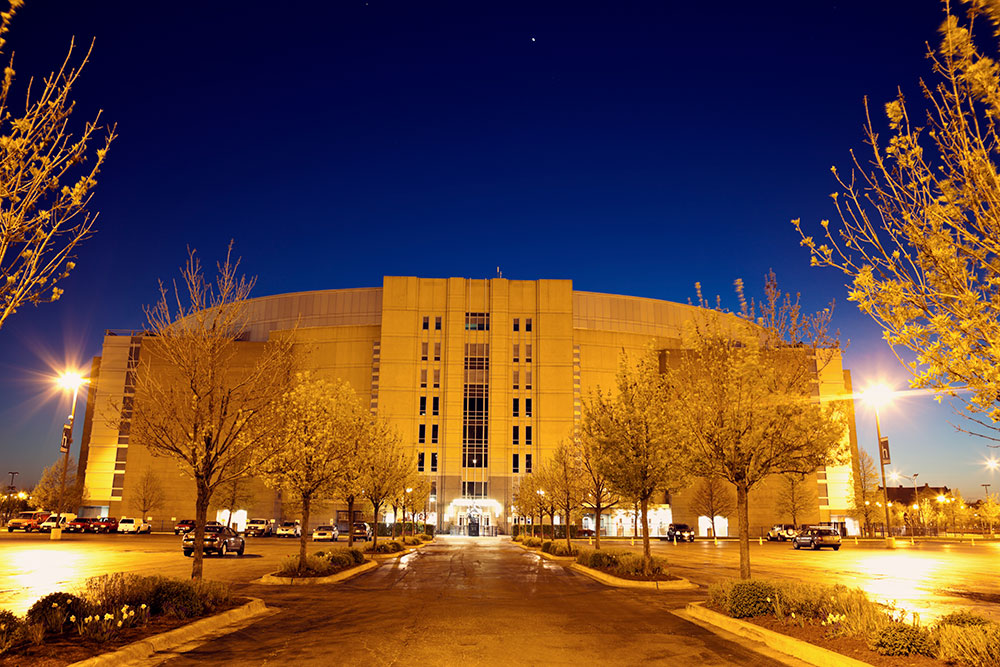 Formerly named the Chicago Stadium, the United Center was built in 1994, and according to its website, it’s the largest arena in the United States. The United Center seats approximately 23,500 individuals. It is home to two championship sports teams, the Chicago Bulls and the Chicago Blackhawks. With over 200 events held each year, the United Center is a venue that has hosted some pretty amazing concerts, college basketball tournaments, and family events like Barnum and Bailey Circus and Disney on Ice.

Back in December, I had the pleasure to see one of my favorite rappers, Jay-Z during the 4:44 tour.  The stage and music production was amazing.  Jay-Z is a major artist that does not have backup dancers or other talents on stage besides spitting some of the dopest and lyrical rhymes. As much as I enjoyed the performance, the one thing that I could not get out of my head is how much my right hip was killing me!

The last time I saw Jay-Z in concert was at Soldier Field during the 2013 Legends of the Summer Concert with Justin Timberlake. Home to the Chicago Bears, Soldier Field is another great venue for concerts. It is an outdoor stadium and seats approximately 61,500 individuals.  Soldier Field was renovated in 2003, during a time period where the news media was constantly talking about the growing rate of obesity. Soldier Field armrests appear to be higher and allow for more cushy hip space and girth. Needless to say, Soldier Field has more seats than the United Center, but I would guess because it was more recently renovated, the seats are more comfortable for plus size individuals.

Recently, me and my 60+ inch hips (yes the ass is everything) decided to endure the joy and pain again at the United Center while attending Justin Timberlake’s the Man of the Woods tour. I was very thankful the lady next to me was very petite and she was also standing up during most the performance. I also did a lot of standing, or should I say dancing!  My right hip was sore for approximately 3 days, but it was worth it! Justin had an unforgettable and great performance!

If you have ideas for some plus size friendly places to visit for concerts in Chicago, leave your suggestions in the comments section below.

Exercising with No Starbucks

This Plus Size Butt of Mine is Expensive

Traveling with Fibroids While Plus Size

Only at Chicago’s 87th and the Dan Ryan

Old Habits Not Renewed in 2019