I’m visiting the north side of Chicago to get my hair done  – shout out to L.A. Williams of Style Zone.  Before traveling back to the south side I’ve finally decided to check out Aunty Joy’s Jerk & Pizza.  It was originally in a small shack with the name Aunty Joy’s Jamaican Kitchen and located on Devon Avenue. More recently, the restaurant has moved around the corner to 6322 N. Broadway. Just in case, the former name is still on the signage.

If you’re going to get food from here, call the number on the sign or order online.  I made the mistake of walking-in to make an order. My wait time on a Friday afternoon at 5pm had a 40-minute wait time. How do I know? Because I kept feeding the meter on the online parking app. There were many delivery people picking up food, including some folks that may have just finished a work shift and was grabbing food before going home. 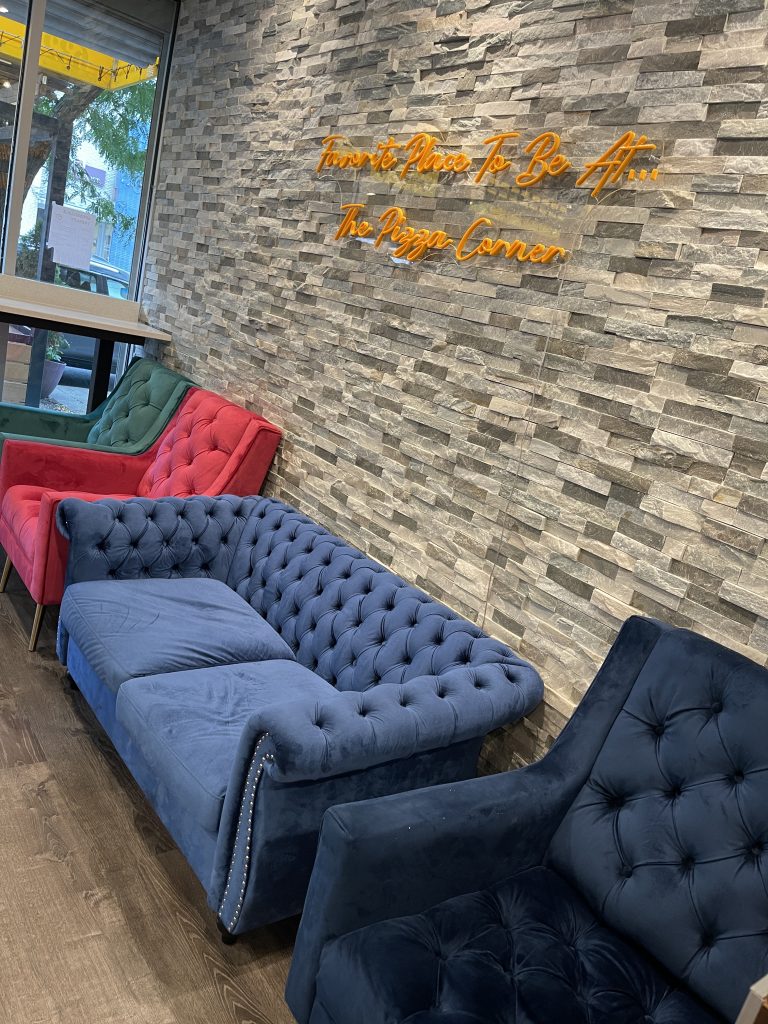 No I didn’t get the pizza.  I believe because Loyola University sits in the neighborhood, the restaurant is catering to the college kids by offering pizza. I decided to order some food for myself and husband – jerk wings, brown-stew chicken and jerk catfish – both with candied yams, rice and peas, and plantains; plus one slice of rum cake. After 25 minutes I checked on my order and was told there were no more candied yams, and I can replace it with cabbage and select 2 can sodas.  Ok fine.  Let’s hope this food is good because it’s gonna be another hour before I’m home. 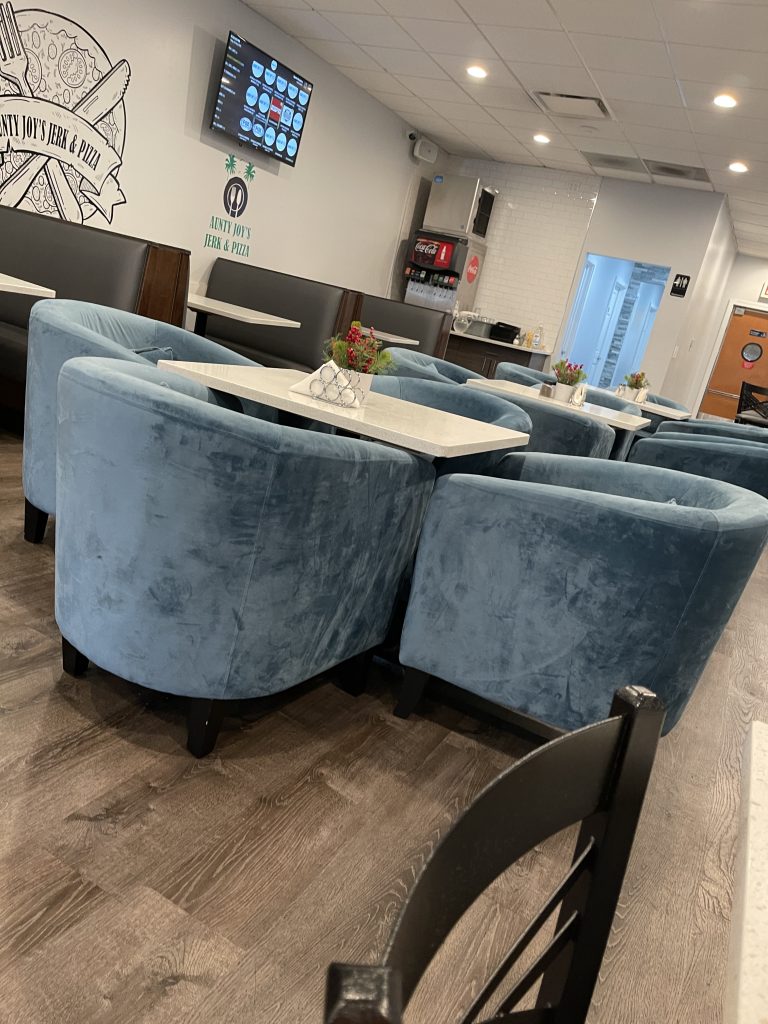 When I got home, one of my orders actually did have candied yams, but somehow both included cabbage and macaroni and cheese.  OK?! Well I guess I’ll get to sample all of their sides!

Let’s start with the Jerk Chicken Wings.  The presentation could have been worked on, however, the flavor was actually good and different from other places I’ve been. It had sort of a sweet and spicy flavor, but not overwhelmingly spicy.

If I was to go here again, I wouldn’t get the jerk catfish because they give you catfish fillet and not catfish steaks – which is what I prefer.  Plus for the price – $25, I believe there should be more fish in this container.  Can you see the catfish in this photo? No?! That’s because it’s in the top right corner underneath the jerk gravy (great flavor by the way). In fact, all the food had great flavors; especially for carryout.

The candied yams were my favorite. Second would be the rice and peas.  My hubby tried his food the next day and said the rice tasted mushy but had a good flavor. We believe that it was mushy because it had been over 24 hours and various refrigeration at home and his job. The chicken pieces were all dark meat (legs and thighs).

On the online menu, it’s called Jamaican Black Cake, but in the restaurant, it’s called Rum Cake.  Well you taste the rum on first bite, after that it tastes like raisins.  I don’t have to get that again. I’ve definitely have had better rum cake, and didn’t have to pay $8 for a small sliver.

The next time I visit, I may decide to eat in the dining room. I want to try the Red Snapper Fish Dinner. I saw photos online and it looked great.